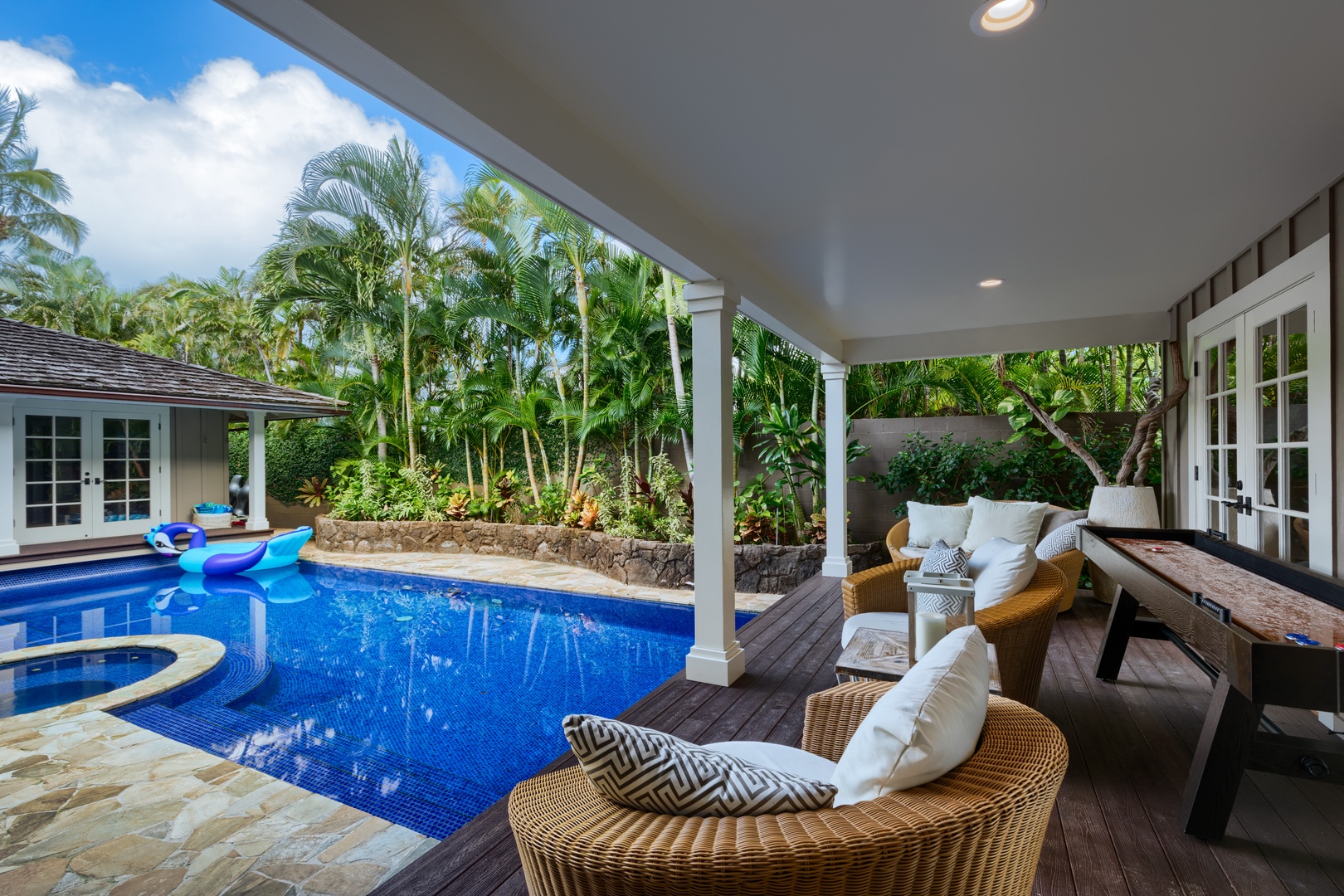 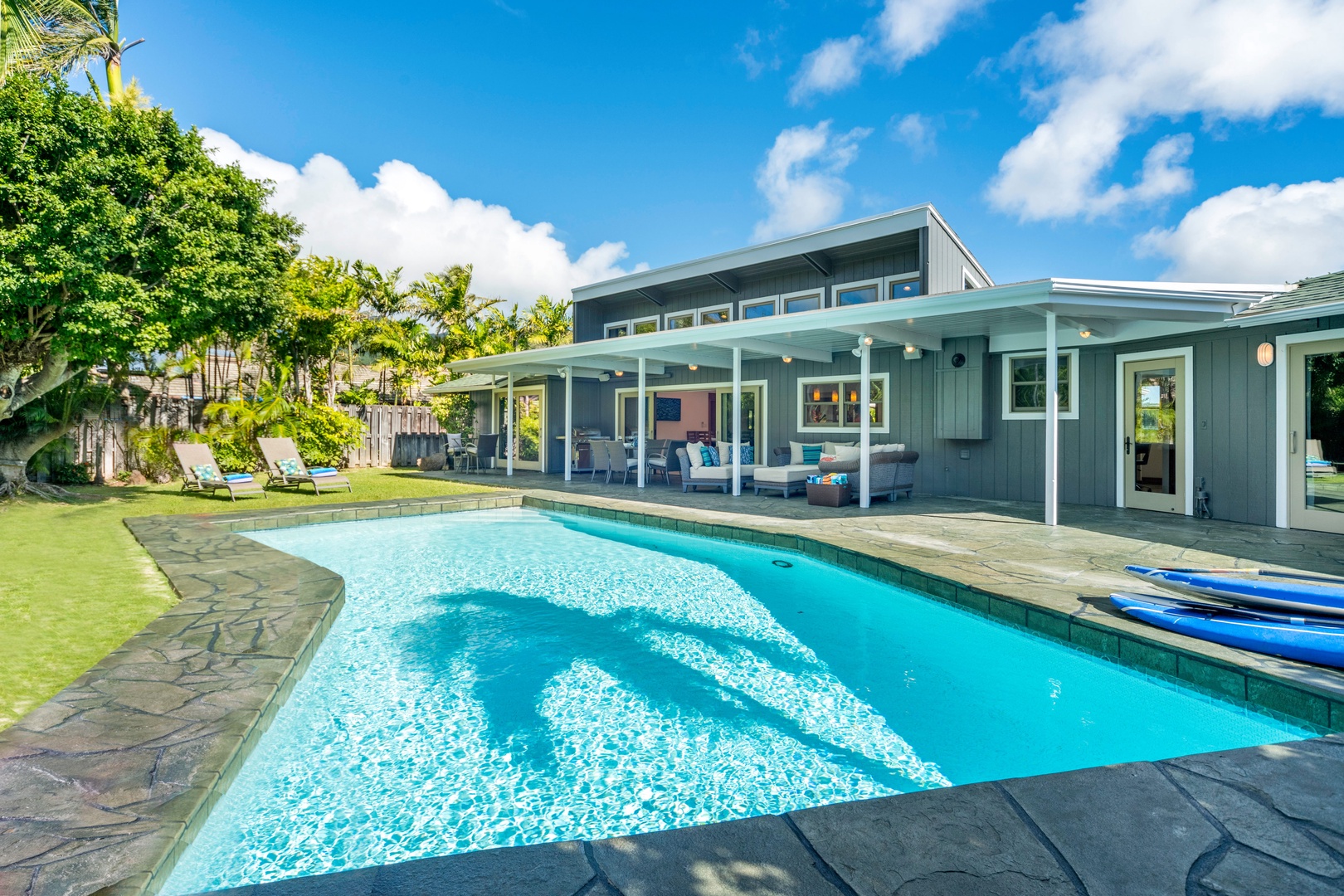 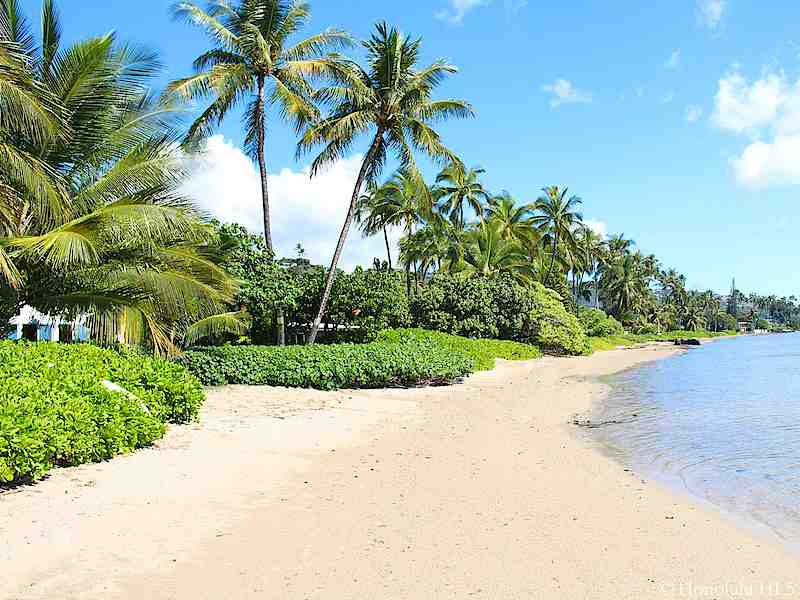 Aina Haina is representative of true local living. Those who have chosen to make Aina Haina their home often value health, spending time outdoors, nature, and a connection to the community. Residents are often seen enjoying the beauty of where they live by embracing the ocean sports that are easily available, running, or hiking. Some of the highest rated schools are located in Aina Haina, which paired with its low crime rates, and tight knit community, makes Aina Haina ideal for families.

Aina Haina, a middle to upper-middle class East Honolulu neighborhood about 4 miles east of Diamond Head, is commonly believed to be the Hawaiian name for “Hind’s Land”. Hind, was the name of the dairy farm and its owner that took up much of this district, thus making Aina Haina a fitting name for the land. Robert Hind established the Hind-Clarke Dairy in 1924, which operated past Robert’s death in 1938 until 1946. Before Hind, for hundreds of years this land was largely unpopulated except by the fishermen who benefited from the bounty that the ocean offered.

This area was sought after by families seeking more space in the 1940s. ‘50s and ‘60s, creating this new suburb. Beachfront and nearby homes first developed in the post-World War II era when demand for housing was unprecedented and the population was swelling.The development continued into the 1960’s but the area does not feel overcrowded by the homes which are often single leveled and of simple architecture. Unique in the way that the freshwater stream meets the ocean, ancient Hawaiians called the area Kawaiku’i, or “the united water”. Those lucky enough to live beachfront can still occasionally see freshwater emerging from the sand.

Located to the east of Waikiki and Diamond Head, Aina Haina is not far from downtown Honolulu amenities while maintaining a residential feel. With a variety of restaurants and shops in Hawaii Kai and Aina Haina itself, it often feels like Aina Haina has the best of residential and city living, combined with all of the benefits of island living. The Aina Haina Shopping Center boasts one of the best Foodland stores, a Foodland Farms, which rivals Whole Foods in quality, in addition to a bank, library, a number of coffee shops and great places to eat. Aina Haina is also home of Uncle Clay’s House of Pure Aloha, which some consider to be the best shave ice on the island. It is a quiet and established neighborhood located between Waialae Iki and Hawaii Loa Ridge. Aina Haina is one of East Oahu’s most desirable neighborhoods and is a hot market, as homes are somewhat rarely available in recent years and the community only continues to improve and be recognized for all that it has to offer.

Not sure where to stay?
We can help. Working with the Industry's Best

We use cookies on our website to give you the most relevant experience by remembering your preferences and repeat visits. By clicking “Accept”, you consent to the use of ALL the cookies.
Do not sell my personal information.
Cookie SettingsAccept
Manage consent

This website uses cookies to improve your experience while you navigate through the website. Out of these, the cookies that are categorized as necessary are stored on your browser as they are essential for the working of basic functionalities of the website. We also use third-party cookies that help us analyze and understand how you use this website. These cookies will be stored in your browser only with your consent. You also have the option to opt-out of these cookies. But opting out of some of these cookies may affect your browsing experience.
Necessary Always Enabled
Necessary cookies are absolutely essential for the website to function properly. These cookies ensure basic functionalities and security features of the website, anonymously.
Functional
Functional cookies help to perform certain functionalities like sharing the content of the website on social media platforms, collect feedbacks, and other third-party features.
Performance
Performance cookies are used to understand and analyze the key performance indexes of the website which helps in delivering a better user experience for the visitors.
Analytics
Analytical cookies are used to understand how visitors interact with the website. These cookies help provide information on metrics the number of visitors, bounce rate, traffic source, etc.
Advertisement
Advertisement cookies are used to provide visitors with relevant ads and marketing campaigns. These cookies track visitors across websites and collect information to provide customized ads.
Others
Other uncategorized cookies are those that are being analyzed and have not been classified into a category as yet.
SAVE & ACCEPT